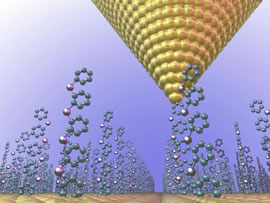 Up to 60 percent of each $4 gallon of gas is wasted, lost as heat that pours out of the exhaust pipe. The technology to collect some of that heat and convert it back into electricity that can recharge the battery exists, but it’s still a work in progress. The solution lies in thermoelectric devices.
A material whose response to a change in temperature generates electric potential, or vice versa, exhibits what is known as the thermoelectric effect.
Thermoelectric devices can generate electricity when heated by an external source, or quickly cool or heat their environment when powered with electricity.
Thermoelectric devices are currently used in a few consumer products, including refrigerators and CPU coolers in computers. They could eliminate the need for fluorocarbon refrigerants, giving rise to fluid- and compressor-free cooling systems that pose fewer health and environmental hazards.
Learn more from CNBC.

Sponsored by Master Bond As advances in epoxy and silicone materials constantly evolve, manufacturers of advanced electronic systems will find that … END_OF_DOCUMENT_TOKEN_TO_BE_REPLACED