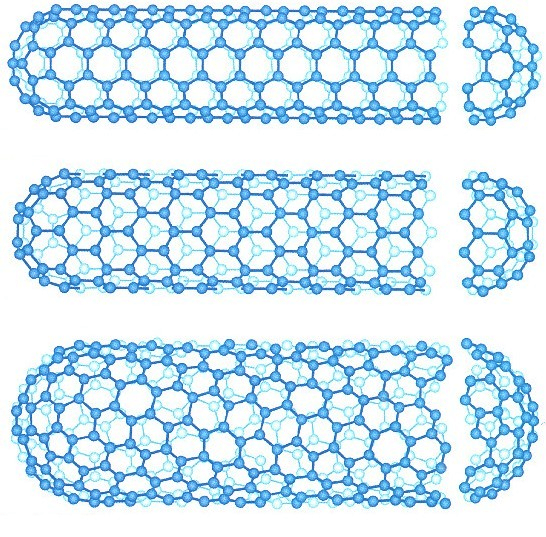 A team of University of Maryland scientists have discovered that when electric current is run through carbon nanotubes, objects nearby heat up while the nanotubes themselves stay cool. Understanding this completely unexpected new phenomenon could lead to new ways of building computer processors that can run at higher speeds without overheating.

The researchers have dubbed the phenomenon “remote Joule heating.”

They used a technique developed in Cumings’s lab called electron thermal microscopy, which maps where heat is generated in nanoscale electrical devices, to observe the effect of the current on a nanotube. They expected to see heat traveling along the length of the nanotube to metal contacts attached to it. Instead, the heat seemed to jump directly to the silicon nitride substrate beneath, heating it up while leaving the nanotube relatively cold.

Learn more from the University of Maryland.

Sponsored by Master Bond As advances in epoxy and silicone materials constantly evolve, manufacturers of advanced electronic systems will find that … END_OF_DOCUMENT_TOKEN_TO_BE_REPLACED

Statistical analysis is needed because data always have some degree of uncertainty; a value that we determine from a single measurement, or … END_OF_DOCUMENT_TOKEN_TO_BE_REPLACED