As lasers with higher output power are produced in smaller packages to meet space requirements, the size of external laser chillers must also be reduced, while offering improved cooling and energy efficiency.

Higher laser output power in increasingly smaller packages has many benefits in reducing the floor space requirements in production floor, cleanroom, medical operating room, clinics, and laboratory environments. Laser product managers are seeing similar pressure to reduce the size of the external laser chiller while still offering improved cooling and energy efficiency—some are considering adding the refrigeration system directly into their laser system to form an integrated compact package. It is important to make decisions early in the product development cycle to ease integration of advanced cooling methods such as direct refrigerant cooling.

For systems with low heat output and/or relatively high allowable temperature limits, above-ambient systems normally provide sufficient cooling. For systems with more stringent temperature requirements where fans and pumped liquid loop systems are not adequate, then either vapor compression (VC) or thermoelectric (TE) systems are used to manage laser temperatures. Both TE and VC systems draw power to enhance the heat transfer from the laser to ambient air, and enable cooling levels and heat fluxes not possible with passive means.

Thermoelectric coolers (TECs) use the Peltier effect, where a heat flux is generated at a junction of two dissimilar materials, across which a DC electric current is passed. TECs are constructed with p– and n-type semiconductors that are arranged parallel in the thermal path and in series along the electrical path (see Fig. 1).

When a voltage is applied across the device, electrons carry heat to one side, making the other side cold. As the heat load rises, the amount of current required to maintain the correct temperature also must go up since the flow of electrical current is necessary to carry the additional heat load. As a result, the efficiency of TEC devices is quite low.

Compressor-based liquid chillers are the most widely used cooling technique for high-power lasers. Compressor size can be specified for cooling power from approximately 100 W to >10 kW, and can cool most laser types.  Vapor compression refrigeration systems are very efficient, with a typical coefficient of performance between 1.0 and 2.5. For a 400 W heat load, the power draw would typically be between 400 and 160 W—this is 1600–640 W less than equivalent TEC systems.

An exciting new development being explored by some laser manufacturers is direct expansion cooling. Here, the refrigerant flows directly through the cold plate, with the circulation being driven by the compressor. This method eliminates the need for a liquid recirculating pump, fluid reservoir, and associated tubing and connectors, all of which are sources of failures and leaks and results in a maintenance-free cooling solution (see Fig. 2). 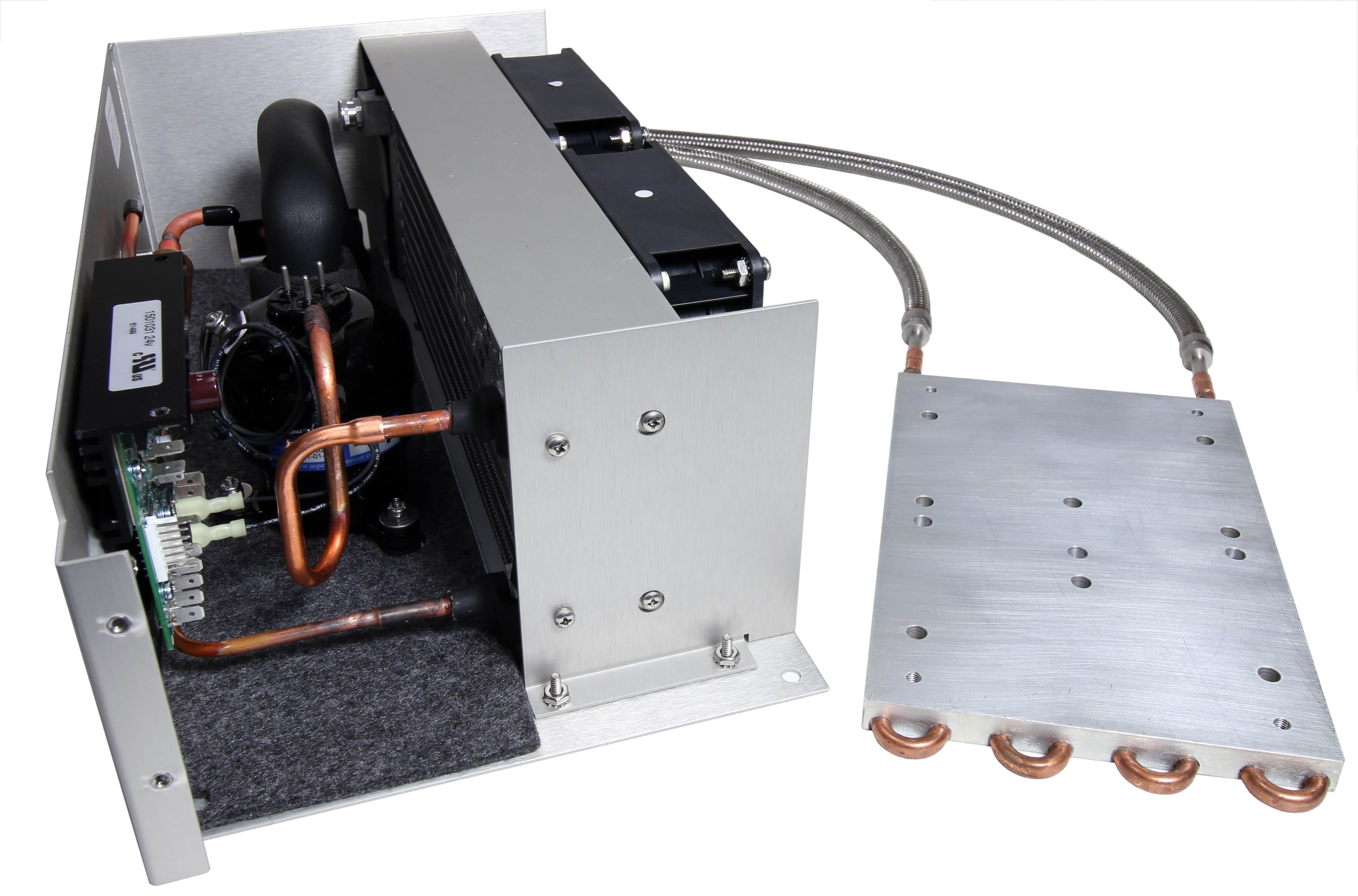 Efficiency is improved by removing the losses associated with cooling a liquid and energy savings of driving a pump (8X less vs. TEC and 2X less vs. liquid chiller). The cooling capacity for direct refrigerant is 25% greater than a liquid chiller at 25°C.  The system is simplified, improving reliability (MTBF >90,000 hours) and further reducing the size of the cooling system. 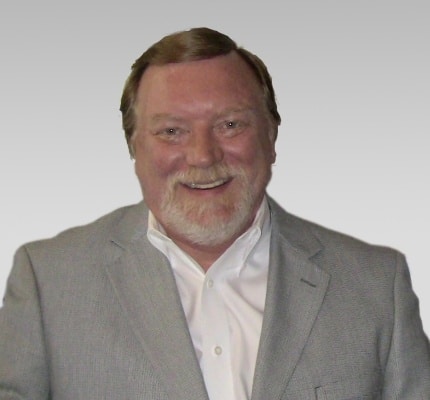 Rick Slagle is a managing partner at Technical Solutions Marketing, Maynard, MA. He is a freelance writer, marketer and business development specialist with over 25 years of experience in tech industries. e-mail: rick@techsolmarketing.com; www.techsolmarketing.com.

Sponsored by Master Bond As advances in epoxy and silicone materials constantly evolve, manufacturers of advanced electronic systems will find that … END_OF_DOCUMENT_TOKEN_TO_BE_REPLACED