In the 1920s, the field of physics was in disarray. The reason was that many careful observations and experimental data could only be explained by conflicting theories; for example, some proved that light was a wave, while others provided it had a particle-like nature. Other experiments, such as those in black-body radiation or the photoelectric effect, could not be explained by existing understanding.

So a group of prominent physicists put together a manuscript summarizing what was known with high confidence and what was contradictory, along with the inadequacies of existing theories. They concluded this work with a plea to all, saying “some new ideas are needed here” (in German, of course, due to the nationality of most of the leading physicists of the time). Within a few years, fortunately, all the contradictions were resolved with the development of quantum theory, wave mechanics, and Einstein’s Nobel prize-winning explanation of the photoelectric effect.

Fast-forward to the mid-20th century, and we’ve had similar radially new ideas “save the day” for electronics: the transistor in 1947 and the integrated circuit in 1958. Both produced a dramatic “paradigm shift,” a phrase traced to Thomas S. Kuhn’s insightful but almost unreadable 1962 book “The Structure of Scientific Revolutions”. Each advance came about as existing technology (vacuum tubes and discrete transistor, respectively) had matured and had become unwieldy for the desired applications.

Now, cooling has become the limiting factor in many designs, with thermal dissipation demands increasing faster than the decrease due to process advances (or perhaps because of it?). Further, devices are being adapted to unforeseen applications, and this puts additional strain on the thermal situation.

Recognizing this, the United States Intelligence Advanced Research Projects Activity (IARPA) has put forth a “Proposers’ Day Notification for Portable Electronic Cooling (PEC).” (IARPA is modeled after DARPA but focuses on national-intelligence needs rather than military needs, but the two agencies share efforts and results where applicable.)

What is IARPA looking for and why? They are looking for “information on research efforts in the area of cooling systems for small mobile devices.” They go on to explain that today’s devices such as smartphones do much more than basic talk, data, and web surfing. The IARPA RFP notes they are also used as the processing core for (it’s a long list) “microphones, cameras, proximity sensors, ambient light sensors, motion sensors, gyroscopes, accelerometers, magnetometers (digital compasses), thermometers, humidity sensors, barometers, heart rate monitors, pulse oximeters, laser range finders, barcode scanners, and Geiger counters.” Further, there are commercially available wired and wireless attachments for converting them into “anemometers, temperature probes, digital stethoscopes, electrocardiograms (EKGs) and Fourier Transform Infrared Spectrometers (FTIRs)” as the smartphone-based EKG shows (Figure 1). 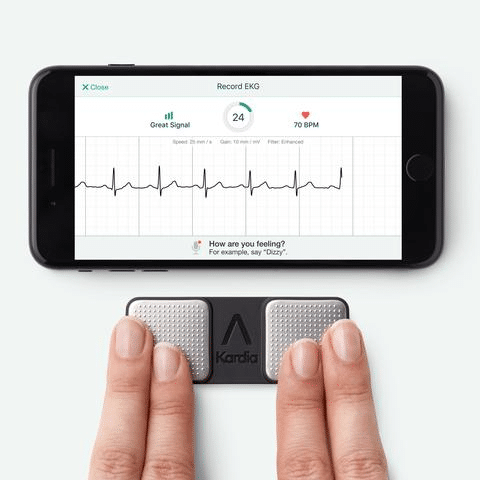 Fig 1: Smartphones are increasingly being used as the processing and algorithm engine for external front ends such as this KardiaMobile cardiac monitor from AliveCor. (Image source: AliveCor)

The problem is that these tasks require considerable processing power and use of system resources, which means ongoing, heavy thermal loads. Also, the phone is often used in challenging conditions, such as inside a stationary car without A/C turned on. Worse, even if the phone is off, the temperature in a parked car can rise quickly. The Society of Automotive Engineers says that the temperature inside a car parked in direct sunlight can rapidly climb to between 114⁰F (45⁰C) and 170⁰F (77⁰C) when temperatures outside range from 80⁰ to 100⁰F (27⁰ to 38⁰C), That’s far beyond the maximum safe rating of most batteries (typically around 120⁰F/49⁰C), a situation which leads to severe battery degradation, failure, or even fire.

What IARPA would like are some radical approaches to cooling solutions which are practical and manageable and can also reduce both the internal heat load from the device’s electronics as well as shield the device from high ambient temperatures. They even outline some of the performance the smartphone should provide under these conditions. Adding to the challenge, any power required by the proposed cooling solution must come from within the form factor of the device and cannot tap the phone’s battery.

As any engineer with basic physics knowledge understands, there are only three known paths to heat transfer: convection, conduction, and radiation, Figure 2. How you use these to get excess heat to the place called “away” is the challenge, and there are many clever and impressive solutions spanning a wide range of complexity, cost, and effectiveness ratings. Clearly, the people are IARPA are saying “some new ideas are needed here” with respect to cooling enhanced smartphones in cars. 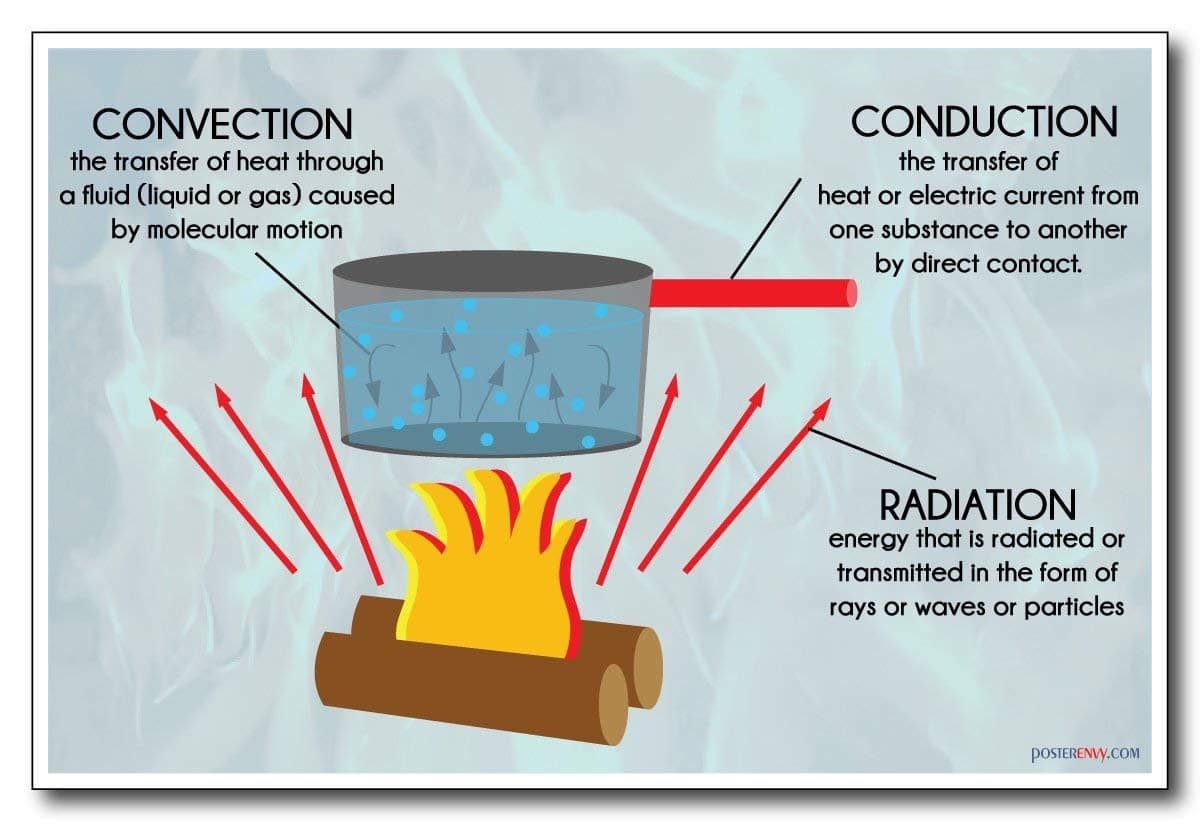 Fig 2: As far as we know, fundamental physics defines only three mechanisms – convection, conduction, and radiation – via which unforced heat energy will migrate on its own to a cooler heat sink. (image source: PosterEnvy)

It will be interesting and perhaps fascinating to see what smart respondents produce, whether as basic sketches and even models. Or will one of them come up with a new theory of heat transfer that radically reframes our basic cooling and thermal management understanding?

10 Must Attend Technical Sessions at SEMI-THERM 35

Sponsored by Master Bond As advances in epoxy and silicone materials constantly evolve, manufacturers of advanced electronic systems will find that … END_OF_DOCUMENT_TOKEN_TO_BE_REPLACED