The selection of heat-spreader materials is an important consideration for cooling modules in handheld electronic systems. Heat spreaders are typically used in close contact with the source of heat. This can be, for example, a subcomponent, chip, or microelectronic package. The heat spreader transfers and distributes heat from the source to a heat sink through a thermal interface material, or in some cases directly to air.

The Need for Heat Spreaders

The primary reason for using heat spreaders is to move the heat away from the source and avoid over-heating the electronic components. Localized high temperature centered around the source of heat, known as a hot spot, can be detrimental to the reliability and efficiency of the device. Another reason for using a heat spreader is to distribute the heat evenly over the surface of the device and reduce the peak surface temperature. This is important for the comfort of the user handling the device.

While heat spreaders have many advantages, they also present challenges. Device designs require higher power density, miniaturization of devices, and the ever increasing need to reduce weight and cost. However, traditional thermal solutions like heat spreaders do the exact opposite—they add volume, cost, and weight. This challenge makes it critical to seek out alternate thermal management materials that can adapt to the current needs of the industry.

Attributes of a Good Heat Spreader

A successful heat spreader needs to rapidly move heat away from the source—the hot spot—and spread it over a wider area, but what characteristics make this possible? First, the X-Y (or in-plane) thermal conductivity of the heat-spreader material should be high. The heat spreader also needs to prevent the heat from reaching the surface of the device, thus minimizing the hot spots that the user handling the device experiences. Hence, the Z-direction (or out-of-plane) thermal conductivity of the heat-spreader material should be low. Finally, the heat spreader should not take up too much space since internal device volume is limited—thinner heat spreaders are always preferred.

It is common practice to use stainless steel with pyrolytic graphite films to manage heat in handheld devices. Disassembly of a device, such as a smartphone, will reveal these graphite films adhered to structural components such as shields, mid-plates, or chassis. When using these materials, one must account for the thickness of the adhesive layer that is required to attach these films to the metal substrates. This adhesive can often be 25 μm thick, adding to the volume of the heat spreader without providing any thermal or structural benefit. It also involves an additional manufacturing step that can increase the cost and complexity of device assembly.

If the structural member within the device was also the heat spreader, then the need for secondary solutions, such as the pyrolytic graphite films, would be eliminated. By harnessing the concept of thermal conductance, conventional metals such as stainless steel, copper, and aluminum could be used to move heat more efficiently.

The standard design approach for structural materials in electronic devices is to use solid stainless steel. However, since the core is structurally underused, it could be removed, and replaced with a high-conductivity material, thus achieving the best performance from both materials. This would provide a heat spreader with high strength and stiffness in the skins and high conductivity in the core.

This composite structure with high-stiffness skins and high-conductivity cores can be achieved through a process known as precision cladding. Precision cladding is a high-volume, reel-to-reel process that has been used for industrial applications for many decades. The first step in precision cladding is to roll the skin and core materials together under extremely high pressures. This is known as roll bonding, and it involves large plastic deformations (up to 75%) that create new surface area (up to 4X) at the interfaces between the metals. The native oxide layers on the metal surfaces are broken apart and dispersed, which leads to metal-to-metal bonding.

Roll bonding is followed by a heat-treatment step during which the elements in the clad metals diffuse across the interfaces and stabilize them. This diffusion-based metallurgical bonding of the metal layers is extremely strong and does not come apart in subsequent manufacturing processes such as stamping or forming of the heat spreader. It is important to note that there is no secondary bonding layer or adhesive that is used to create the precision-clad material. It is instead created by high rolling pressures and heat treatments that create strong metallurgical bonds between the three metal layers.

Figure 3 shows a cross-sectional view of a precision-clad stainless steel-copper-stainless steel heat-spreader material. The stainless-steel skins provide the desired strength and stiffness while the copper core provides the desired thermal conductance. Such clad materials can also be made with aluminum cores.

Comparing the Thermal and Structural Performance of Heat Spreaders

Improving both the thermal and structural performance allows the thermal engineer to design a thinner heat spreader, leaving additional room for other functional components within the handheld electronic device.

Experimental Comparison of the Thermal Performance of Heat Spreaders

Laboratory experiments were conducted to compare the thermal performance of various heat-spreader configurations. The test samples had dimensions of 104 mm x 57 mm x 0.55 mm. A copper slug, continuously heated by a hot plate, was used to simulate a localized hot spot on the sample. A thermal imaging camera was used to track the spread of heat over the sample surface as a function of time.

Precision-clad heat spreaders with stainless-steel skins and copper or aluminum cores can be designed to occupy less volume and improve the thermal performance and power consumption of handheld electronic devices. Reducing the thickness of the heat spreader using precision-clad composite materials can provide more room for larger batteries or other functional components. Applications for these materials can include cases, frames, chassis, electromagnetic shields, or other structural components that do not provide a thermal benefit in their current form. 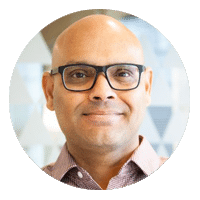 Anand Samant is the Global Market Director for Consumer Electronics at Materion. In this role, he assists with the selection of specialty alloys, hybrid materials, and composites for consumer electronics applications—enabling efficiency, productivity, and profitability improvements. He has over 20 years of experience in developing materials solutions in demanding industries, such as aerospace, oil and gas, automotive, and telecommunications, with leadership roles in sales, business development, product management, and technology management. Anand received M.S. and Ph.D. degrees in Materials Science & Engineering from Case Western Reserve University.

Sponsored by Master Bond As advances in epoxy and silicone materials constantly evolve, manufacturers of advanced electronic systems will find that … END_OF_DOCUMENT_TOKEN_TO_BE_REPLACED